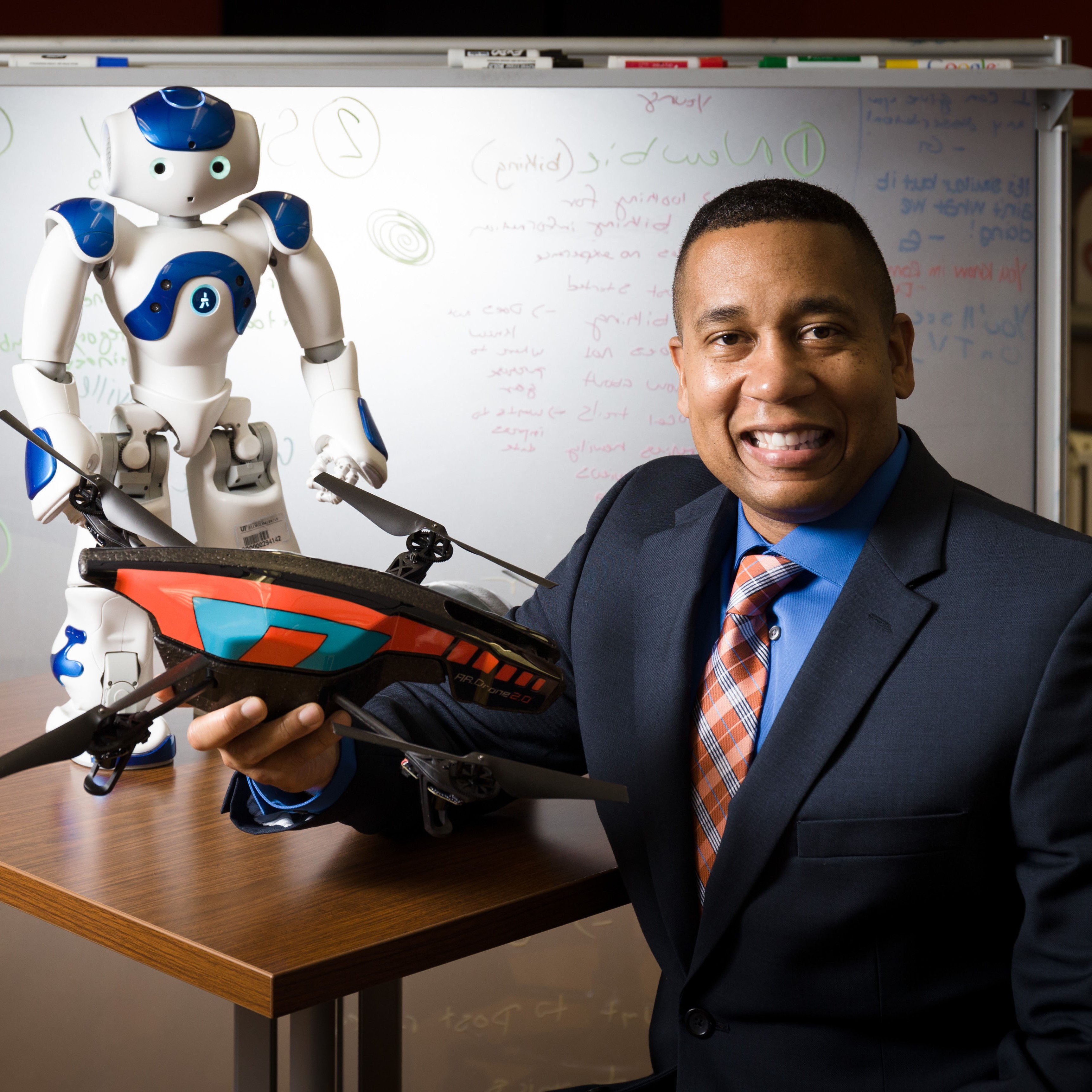 Changing the Landscape of Computing: A Vision for the Next 25 Years

Dr. Juan E. Gilbert is the Andrew Banks Family Preeminence Endowed Professor and Chair of the Computer & Information Science & Engineering Department at the University of Florida where he leads the Human Experience Research Lab. Dr. Gilbert has research projects in advanced learning technologies, usability and accessibility, Brain-Computer Interfaces (BCI), Human- Centered AI/machine learning and Ethnocomputing (Culturally Relevant Computing). He has published more than 180 articles, given more than 250 talks and obtained more than $27 million dollars in research funding. He is an ACM Fellow, a Fellow of the American Association of the Advancement of Science and a Fellow of the National Academy of Inventors. In 2012, Dr. Gilbert received the Presidential Award for Excellence in Science, Mathematics, and Engineering Mentoring from President Barack Obama.

He also received the American Association for the Advancement of Science (AAAS) 2014 Mentor Award. Dr. Gilbert received the 2018 Computer Research Association’s A. Nico Habermann Award. He was also named a 2015-2106 AAAS-Lemelson Invention Ambassador, Speech Technology Luminary by Speech Technology Magazine and a national role model by Minority Access Inc. Dr. Gilbert is also a National Associate of the National Research Council of the National Academies and a Senior Member of the IEEE. Dr. Gilbert was named a Master of Innovation by Black Enterprise Magazine, a Modern-Day Technology Leader by the Black Engineer of the Year Award Conference, the Pioneer of the Year by the National Society of Black Engineers and he received the Black Data Processing Association (BDPA) Epsilon Award for Outstanding Technical Contribution. In 2002, Dr. Gilbert was named one of the nation’s top African-American Scholars by Diverse Issues in Higher Education. In 2013, the Black Graduate and Professional Student Association at Auburn University named their Distinguished Lecture Series in honor of Dr. Gilbert. Dr. Gilbert testified before the Congress on the Bipartisan Electronic Voting Reform Act of 2008 for his innovative work in electronic voting. In 2006, Dr. Gilbert was honored with a mural painting in New York City by City Year New York, a non-profit organization that unites a diverse group of 17 to 24 year-old young people for a year of full- time, rigorous community service, leadership development, and civic engagement.